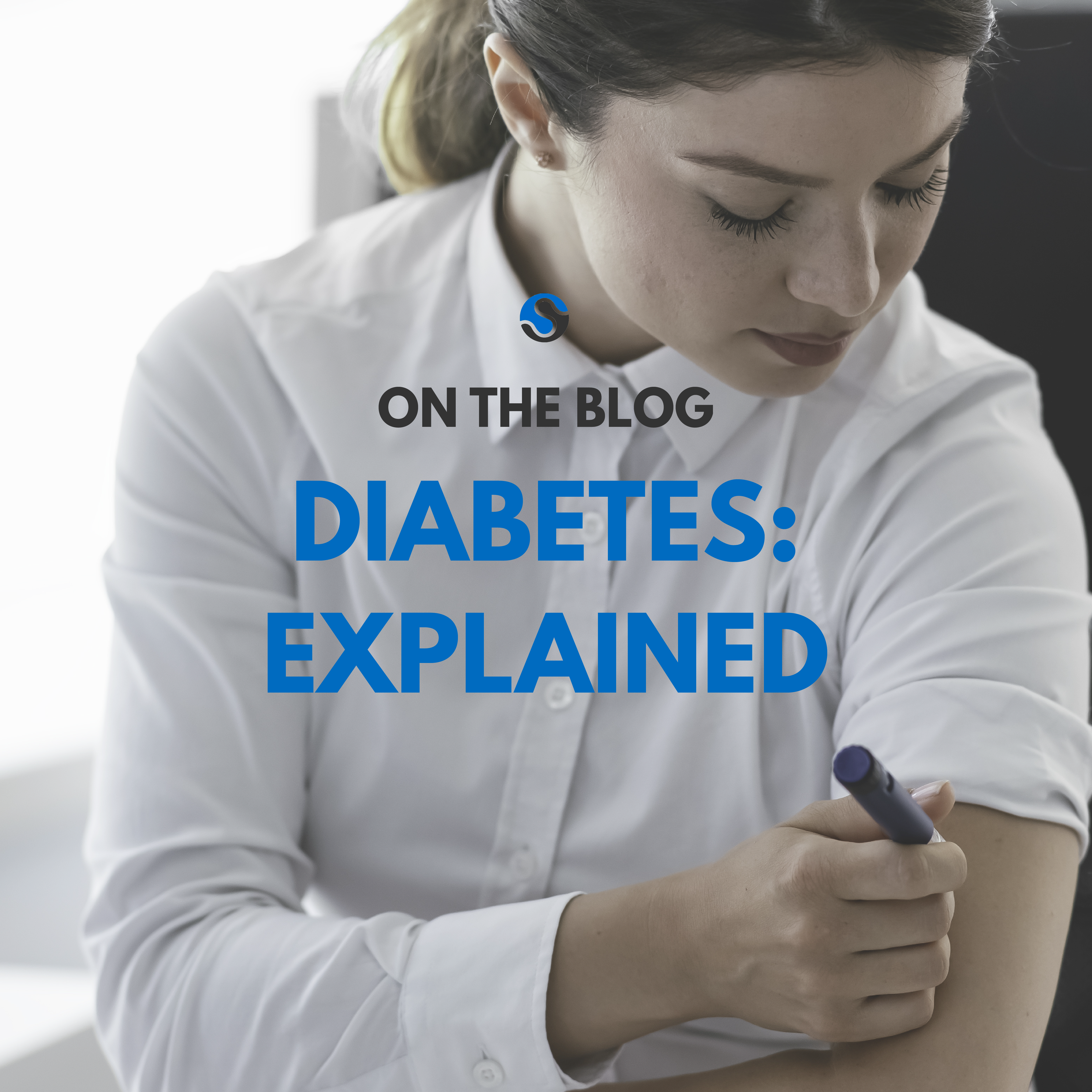 In its simplest form, Diabetes is a disease that occurs when someone’s blood glucose (blood sugar) levels are too high.

We have a small organ called a pancreas that senses when we have too much glucose (sugar) in our blood. If there is too much, it produces a hormone called insulin, which makes sure the glucose goes to the right places and can be used as energy to fuel our bodies. A common analogy you might hear is that the insulin is like a key, that opens the ‘door’ to let the glucose (sugar) into our cells. 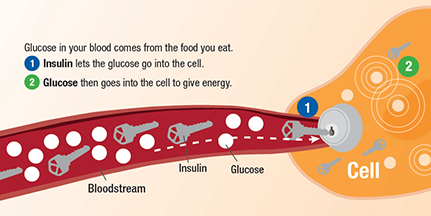 The 2 most common types of Diabetes are:

Type 1 Diabetes, which is hereditary and means that the person’s pancreas does not produce insulin. This is less common, and accounts for approximately 5-10% of people with diabetes.

Type 2 Diabetes, which is usually caused later in life due to lifestyle factors like poor diet & exercise habits. This is most common and accounts for approximately 90% of people with diabetes.

When there is excess glucose in the blood, it leads to a variety of complications. High blood glucose levels reduce the elasticity of blood vessels which means they narrow inside causing a blockage, and blood flow around the body is restricted. Common side effects include:

Type 1 Diabetes is usually a quick onset in symptoms followed by a visit to the doctors who will do one of the below tests. However, in Type 2 Diabetes it is more common to not show many symptoms and find out that you are either diabetic or pre-diabetic through routine blood tests.

Both type 1 and type 2 diabetes can lead to long-term complications if a person does not adequately manage them. These complications can include:

How can Exercise help?

Exercise has been shown to effectively treat type 1 and type 2 Diabetes. Exercise lowers blood glucose levels and boosts your body’s sensitivity to insulin – meaning, the insulin that is produced is better at ‘opening the door’ for the glucose to enter the cell. This increase in insulin sensitivity can last up to 72 hours post exercise.

An increase in insulin sensitivity is the main short-term benefit of exercise for diabetes. The long-term benefits for exercise in people with diabetes means they can live a longer, healthier life whilst reducing the chances of early death. An Exercise Physiologist can help you to come up with a personalised plan of attack to make lasting changes to your daily habits, so that you can make lasting changes to your health.

There are many ways to utilise exercise to help manage Diabetes. The benefits of aerobic exercise are well documented which means you don’t necessarily need access to a gym with weights to get started managing diabetes.

If you think you may have diabetes, you should see your local doctor.

If you have diabetes and would like to learn how to best manage it, you can make a booking to see one of our Exercise Physiologists HERE.